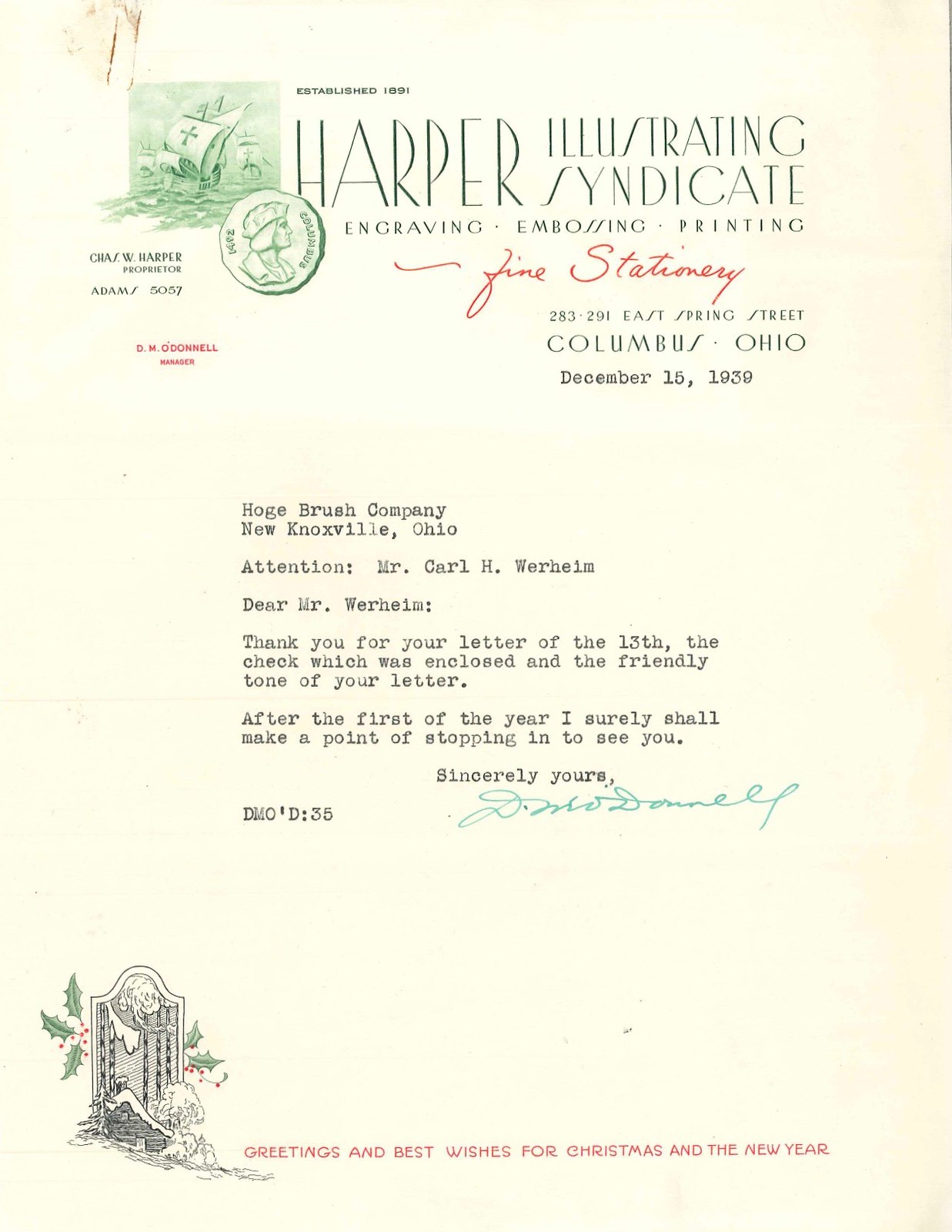 Our look into the old Hoge Brush Company files has provided many beautiful examples of vintage stationery. Today that concept goes meta, as we have a beautiful piece of letterhead sent to Hoge Brush — from a letterhead manufacturer!

That company was called Harper. As you can see above, their letterhead featured a Columbus motif at the top — an apparent reference to the firm's location in Columbus, Ohio. It's also interesting to note that the letter was sent in December of 1939 and carried a holiday message at the bottom. Hmmm — did Harper have special stationery designs for each holiday or season?

As it happens, Harper sent another letter to Hoge Brush almost exactly 11 months later, in November of 1940. This one was on a completely different letterhead design. It didn't have a Thanksgiving or autumn theme, so perhaps this was their standard letterhead for every month but December. Interestingly, the 1939 letter identified the company as "Harper" (singular), but this one showed the name as "Harpers" (plural). Also, the company appeared to have undergone a management succession: The first letter listed Chas. Harper as "Proprietor" and D.M. O'Donnell as "Manager"; the second one listed O'Donnell as "President," with no mention at all of Harper (click to enlarge): 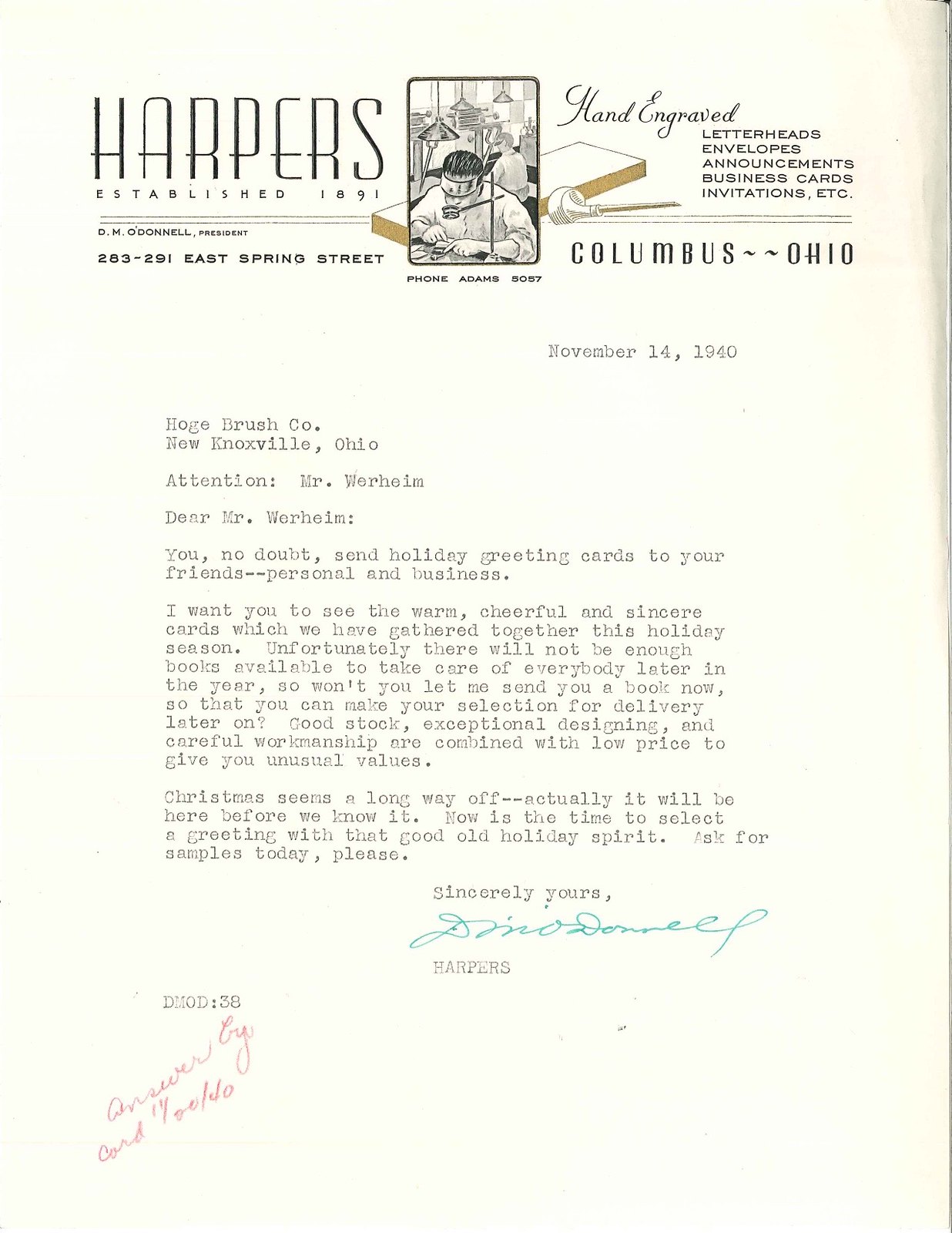 The company followed up on that letter with an additional note in early December. Sure enough, they were back to using the holiday design — but this time an "s" had been added to the company name and O'Donnell's new position as President was noted: 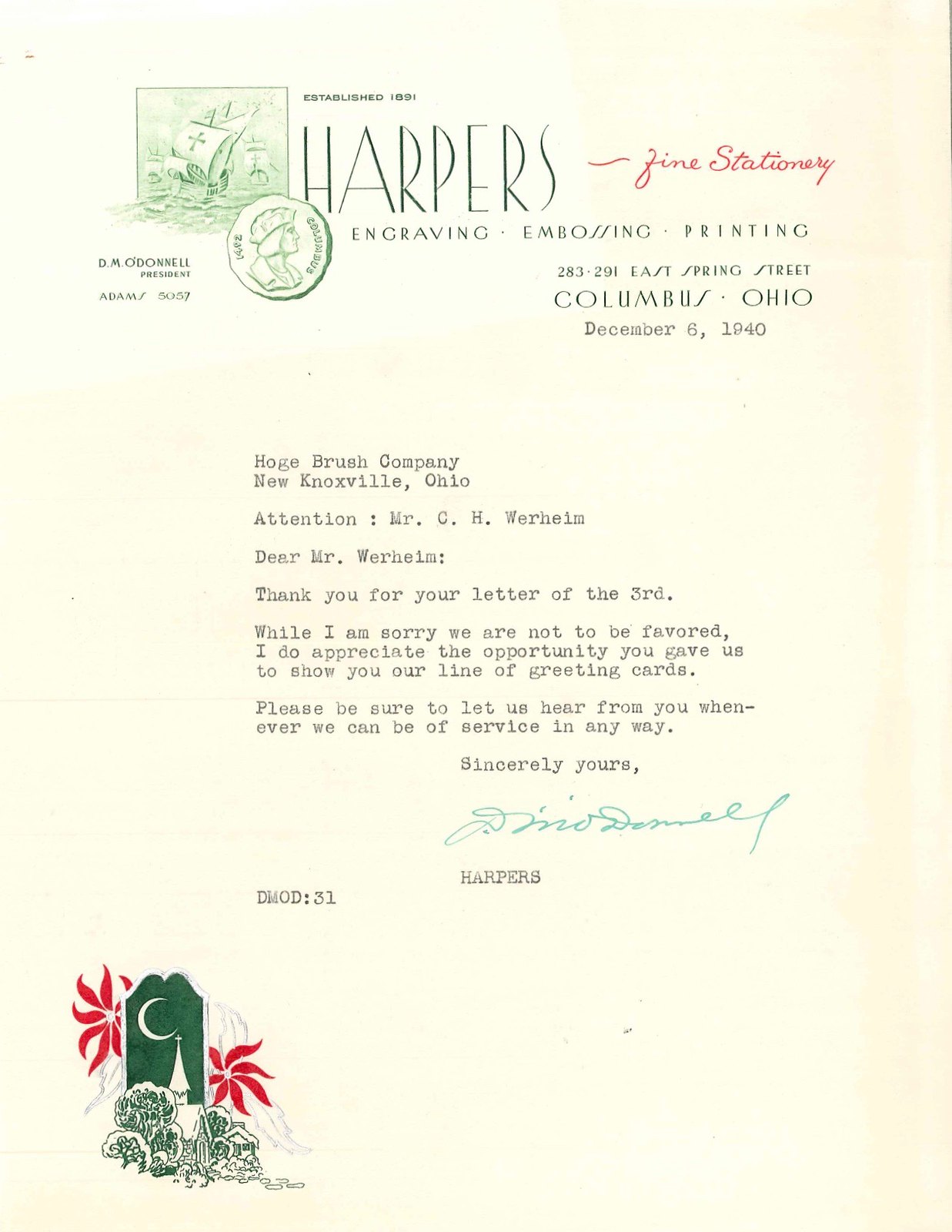 Harper — without the "s" — is still in business today. The company is currently known as Harper Stationers. Their website includes a brief nod to the firm's Columbus origins, although the company has grown considerably and now has offices and sales representatives throughout the country.