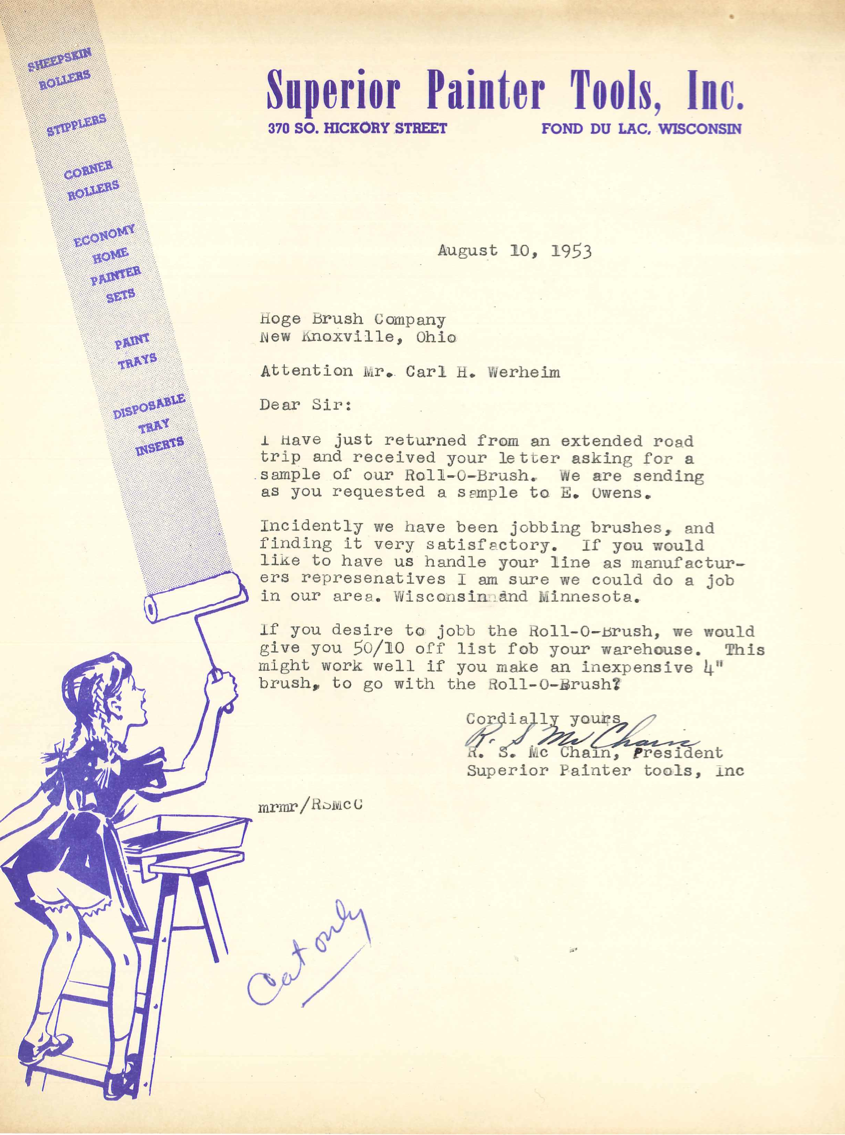 Our previous look at the files from the Hoge Brush Company featured a truly outstanding example of letterhead design. Our latest example — a 1953 letter from Superior Painter Tools, Inc., of Fond Du Lac, Wisconsin, concerning a product called the Roll-O-Brush — is at the other end of the spectrum.

There's a long, unfortunate tradition of pin-up posters, many of them by the illustrator Art Frahm, showing women inadvertently "losing" their underwear or otherwise exposing their lingerie while walking the dog, bowling, waiting at a bus stop, changing a flat tire, riding an elevator, putting coins in a parking meter, or ringing the dinner bell, among many other activities. But those depictions never showed the model's exposed derriere like the Superior Painter Tools letterhead does. Superior's model also appears to be a girl, not an adult woman, which makes the whole thing even creepier. Why would a company choose to present itself in this way?

If you can look past the letterhead design, I quite like the references to "jobbing," which was once (and maybe still is..?) a slang term for wholesaling. In this parlance, a "jobber" is "jobbing" a product line by selling it to retail operations. Does anyone know if this term is still in use?

Superior Painter Tools does not appear to be in business these days. I did find a reference to one of their products, however, in the March 1954 issue of Popular Mechanics (click to enlarge):

As you can see, the product in question is a paint brush with a clip-on roller. This may be the Roll-O-Brush referred to in Superior's 1953 letter to Hoge Brush! Hmmm, did Hoge end up jobbing it?