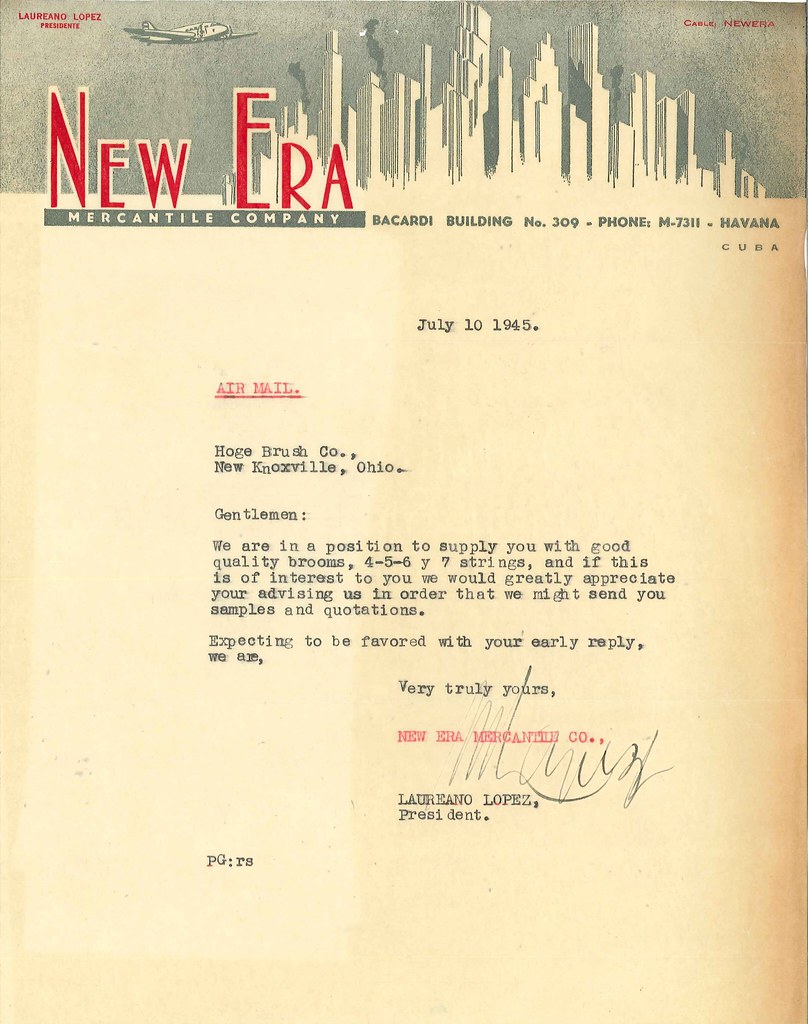 Our latest letter from the files of the Hoge Brush Company is a particularly interesting one, because the firm that sent it — the New Era Mercantile Company — was based in Havana, Cuba. There was nothing unusual about an American company doing business in Cuba in 1945, when the letter was sent, but Cuba has been off-limits to Americans for so long that the mere sight of a sheet of Cuban letterhead now seems exotic.

Unfortunately, I can't find anything about New Era Mercantile's history or current status. It's interesting that they were located in the Bacardi Building — rum is such a signature Cuban product, it almost seems like a cliché for our one Cuban entry in this series to have a Bacardi connection. In any case, the Art Deco building dates back to 1930 and is still in use today.