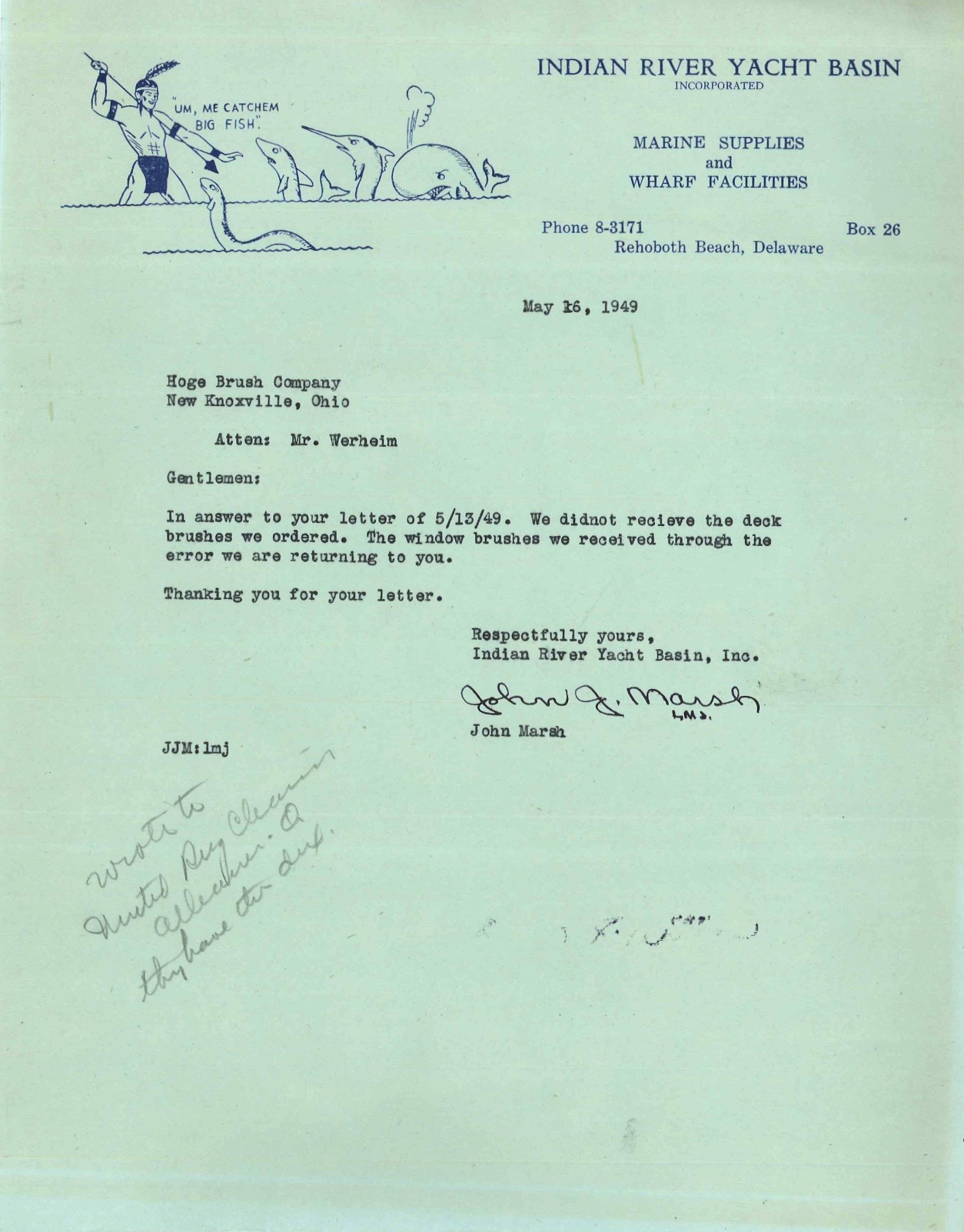 We recently saw a letter from the Hoge Brush Company files that was typed on a sheet of letterhead with a rather tasteless design. The same can be said, unfortunately, for this latest entry, which was sent by the Indian River Yacht Basin of Rehoboth Beach, Delaware, in 1949.

In case you can't make out the graphic in the top-left corner, here's a closer look:

That isn't just tasteless. It's embarrassing.

If you can look past the letterhead design, there's one item of interest here: The last line of the handwritten note toward the bottom appears to say, "They have the dex." I suspect "dex" was slang for "deck brushes," which were referenced in the letter. I like the idea that brush companies had little phonetic shorthand terms like "dex." It's a lot like journalism, where a headline is a "hed," a paragraph is a "graf," and so on.

The Indian River Yacht Basin does not appear to be in business, although Rehoboth Beach does have an Indian River Marina, which may be essentially the same thing with a slightly revised name. I did find several Indian River Yacht Basin postcards, however. Judging from the cars shown on this one, it probably dates from the 1940s, which was when the letter to Hoge Brush was sent (for all of these, you can click to enlarge):

Then there's this one (it doesn't say "Yacht Basin" on the front, but it does on the back):

And finally there's this one (I'm showing the text from the back so you can see the Indian River connection, which wouldn't otherwise be apparent): 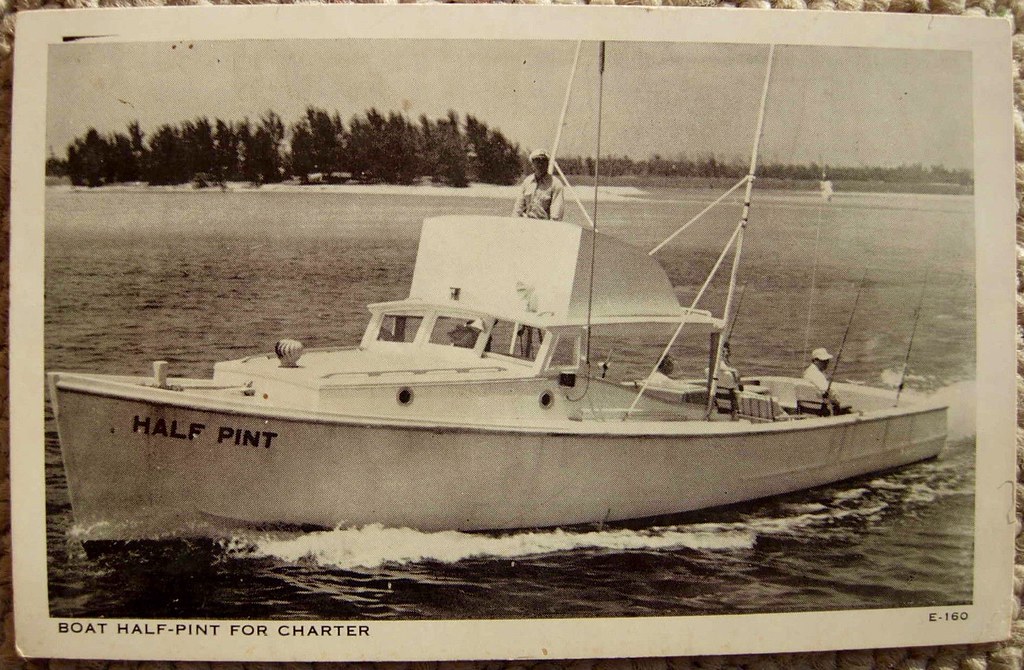 It's nice to see that none of these postcards had any imagery like the illustration on the letterhead.