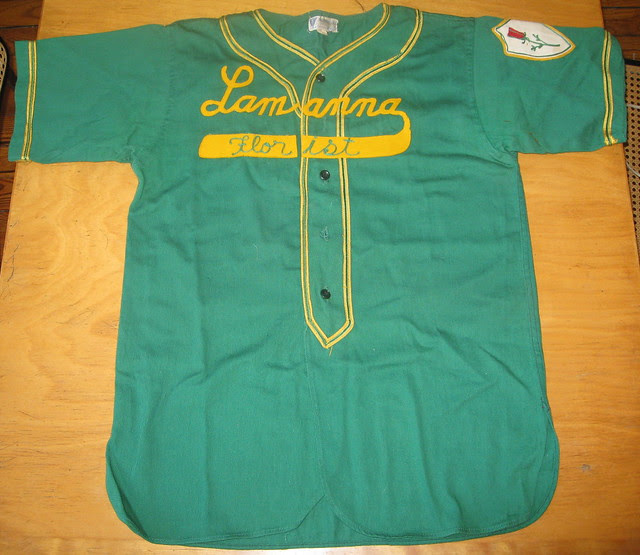 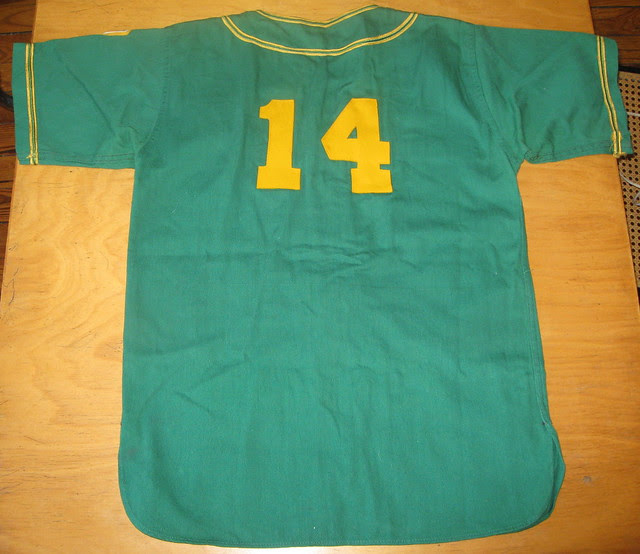 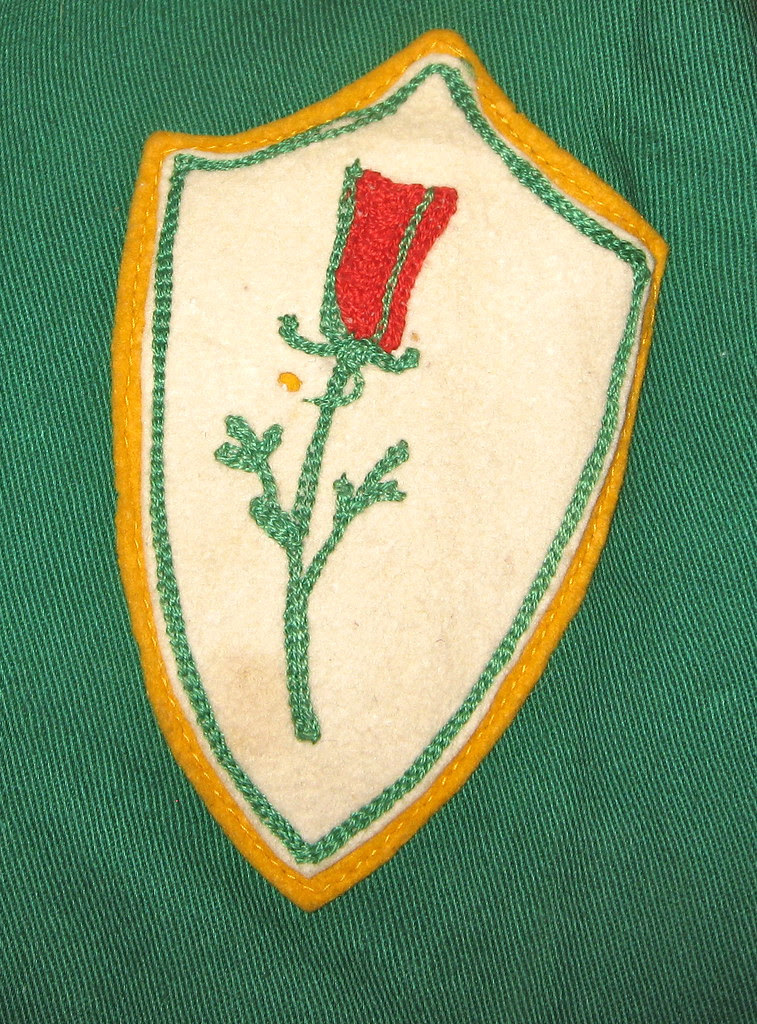 At its heart, Permanent Record is about found objects with stories to tell. Although the project has focused on old report cards and other printed ephemera, the same sort of sleuthing and storytelling can be done with other types of objects.

Case in point: I collect vintage sports uniforms, many of which I find on eBay. My most recent acquisition is the one you see above, a gorgeous baseball jersey from a team sponsored by -- or perhaps comprised of employees from -- a business called Lamanna Florist. Judging by the style and material, I'd say it's from the 1950s or early ’60s.

There's no indication of where Lamanna Florist was located, although the jersey itself was made by a Brooklyn company, which means Lamanna was probably situated in the Northeast. (A team in, say, Chicago, would likely have ended up with uniforms from a Midwestern supplier, because that's who the team's local sporting goods shop probably ordered from.) Some quick internet research revealed the following:

• There was a John Lamanna Florist in Syracuse. That's close enough to Brooklyn -- I'd be willing to bet that that's the shop connected to the jersey.

• The address listed on that postcard -- 101 South Warren Street -- is now a medical office, and I can't find any other address listing for the florist, so it's apparently no longer in business.

• The owner of that shop, John Lamanna, endorsed Penzoil Motor Oil in a 1961 ad (use the zoom function to get a better look).

• Here's a 2008 article a Syracuse resident named John Lamanna. This is not the Penzoil fan -- the article mentions "his father, Joseph Lamanna ... who used to own John Lamanna and Sons Florist." So this John is probably the nephew or grandson of the shop's eponymous founder.

I'd like to know more about the Lamanna Florist baseball team, and I figure John Lamanna might get a kick out of seeing photos of the jersey, so I came up with what I think is the right phone number for him and gave a call. Got his voicemail, left a message. No response yet, but I'm hoping. 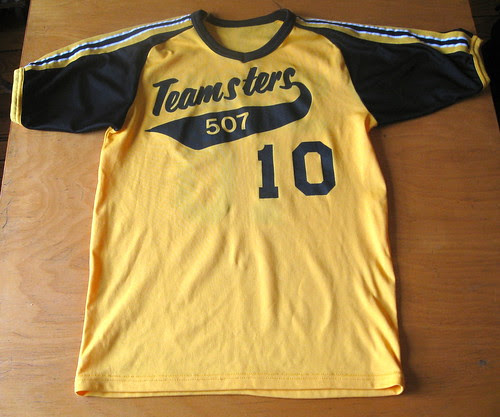 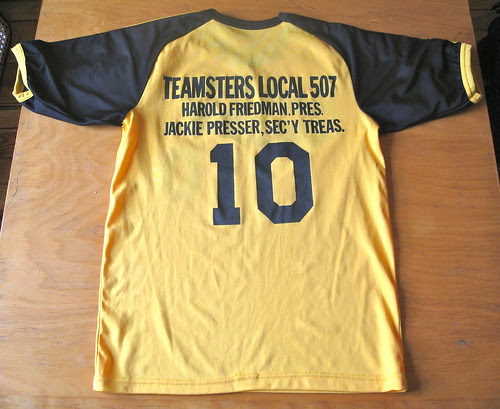 Lots of history in this one. Local 507 was formed in Cleveland in 1966 and helped launch Jackie Presser on the path that would eventually lead him to the Teamsters presidency (and also to a heavy involvement with organized crime, a role as an FBI informant, a Federal indictment, etc.). The jersey lists Presser’s title as Secretary-Treasurer, indicating that it’s from the late 1970s.

I'm a small-ish guy (5'8", 150 lbs.), yet this jersey fits me perfectly, which means it must have belonged to one of the smallest Teamsters in organized labor history.

Email ThisBlogThis!Share to TwitterShare to FacebookShare to Pinterest
Labels: Vintage Clothing, Who Owned This Object?